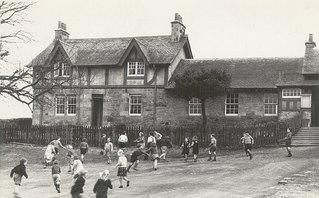 Cousland School 1950's copyright RCAHMS
The long history of Cousland's schools came sadly to an end as recently as June 2007 when, despite a lengthy and vigorous campaign objecting to the threatened closure of the village’s primary school (opened in May 1967), it had to close its doors.

Support against Midlothian Council’s decision had even come from as far afield as Cincinnati, USA, the home of Rob Simpson, the great grandson of a former Cousland Primary Head Teacher, Joseph (Cockie) Simpson (1902-1922). The building is now for sale “with development potential” and pupils have to travel by bus to a new school in the neighbouring village of Pathhead.

For 40 years, that school had also been a focal point for the village, where residents had attended such events as school concerts, nativity plays and fund raising activities.
The school memorably held a farewell concert on the retiral of Cousland’s popular postie, Donny Wright, who had served the community for 25 years. The main event was a play by the children, entitled “A day in the Life of Donny Wright”, and he and his wife, Kitty, were presented with gifts which included a picture of a collie dog (the only inhabitant of Cousland who would lie in wait and chase Donny). 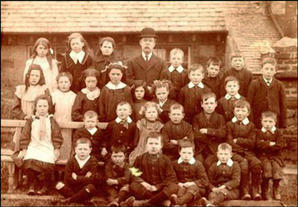 It is believed that a school existed in Cousland as early as 1800. Before the building of a new school in 1967, children attended school in the nearby building, known as The Old Schoolhouse. That school is thought to have been built around 1850. When pupils moved to their new premises in 1967, the vacant old school building supported some small industries including a fire extinguisher maker and a topographical model maker.

In 1978, Alastair Buchanan, a well-known artist, and his wife, Elizabeth, moved into the Old Schoolhouse and over the years have extended the house and built stables in the field behind. They have also met past pupils of the school from Canada, the Caribbean and Australia who still remember their Cousland school days.

The school part of the building, which had two large classrooms, was bought in 1987 by Dr. John Evans who then spent eighteen months converting and extending that building into a home. Apparently, the four school toilets, which were housed in a separate rear building (now demolished), had “Royal Flush” written above them.

As many as 90 children attended the Old School at the time of the second World War and inhabitants of Cousland included Agricultural Labourers, Coal Miners, Carters, Scholars, a Blacksmith (Adam Reid), a Spirits Dealer, a Coal Grieve, a Dressmaker (Rachel Allan) and a Grocery Victualler (William Gibson). It has also been discovered that Jean Milligan, founder of The Scottish Country Dance Society, taught dances in the kitchen, when she spent her holidays with a relative who lived in The Old Schoolhouse.

Fortunately, Cousland Local History Project has collected a comprehensive archive of official school photographs, taken throughout the years and efforts are continuing to identify past pupils. 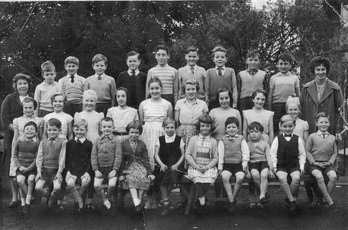