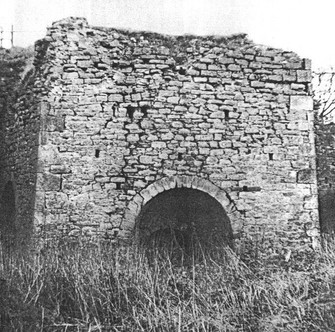 
Due to the accessibility of carboniferous limestone south of the River Forth, the Lothians were one of the oldest and most prolific lime producing districts in Scotland.

Prior to the 1750's, the production of lime in this area was small-scale though the value of liming agricultural land was recognised before that time. Medieval builders also regarded lime as an essential element for binding masonry and lightening interiors.

Many buildings were regularly lime-washed for aesthetic and hygienic reasons. Reference for example, is made in the Burgh records for Edinburgh of 1557 to the contract "with the lyme men of Cousland for furnessing lyme to the wallis of the toun".

The substantial and rapid increase in demand for lime in Scotland from the 1750's, stemmed initially as a consequence of work by the pioneers of the agricultural revolution. The initiation of the Edinburgh New Town in 1767, coupled with large urban building programmes created an additional huge demand for lime, which was to last well into the 19th century.

Coal and limestone were thrown into the kiln in layers the proportion of coal to limestone varying widely from 1:6 to 1:1½ (the Cousland mix). The fire was lit in the kiln and maintained throughout the summer season. As the burnt lime descended to the bottom of the kiln it was raked out by the workers at the draw-hole; the layers of coal and lime above then descended and fresh loads could be thrown in at the top.

Limestone was quarried or mined and transported to the kilns or the Cement Works for processing. The remains of  three kilns and the bridge abutments of the light railway are beside the road locally called Kiln Brae 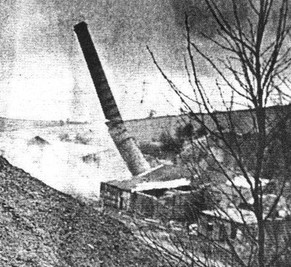 Cement Works Demolition 1994
Roads, gas and iron works and the pottery industry made other demands. Initially lime working was undertaken, in some instances, by land owners but more often by tenant farmers and private entrepreneurs. By the late 19th century however, companies had taken over the operations e.g.: Shotts Iron Co., Midlothian Oil Co., etc.

A typical number of employees engaged in the limeworks at the start of the century was 10, Cousland works employed 20. The output from the Cousland workforce in 1837 was approx. 93,000 bushels. Workers were often paid on a piece rate basis and in 1937 for example the rate was 6d per boll of limestone at Cousland works.

By 1968 however the industry had contracted to the extent that there was only a dozen enterprises operating. Lime working in Cousland ceased in the early 1970's.

The machinery was removed in 1937 and crushed limestone was produced  on the cement works site by Bain Bros. until 1979.